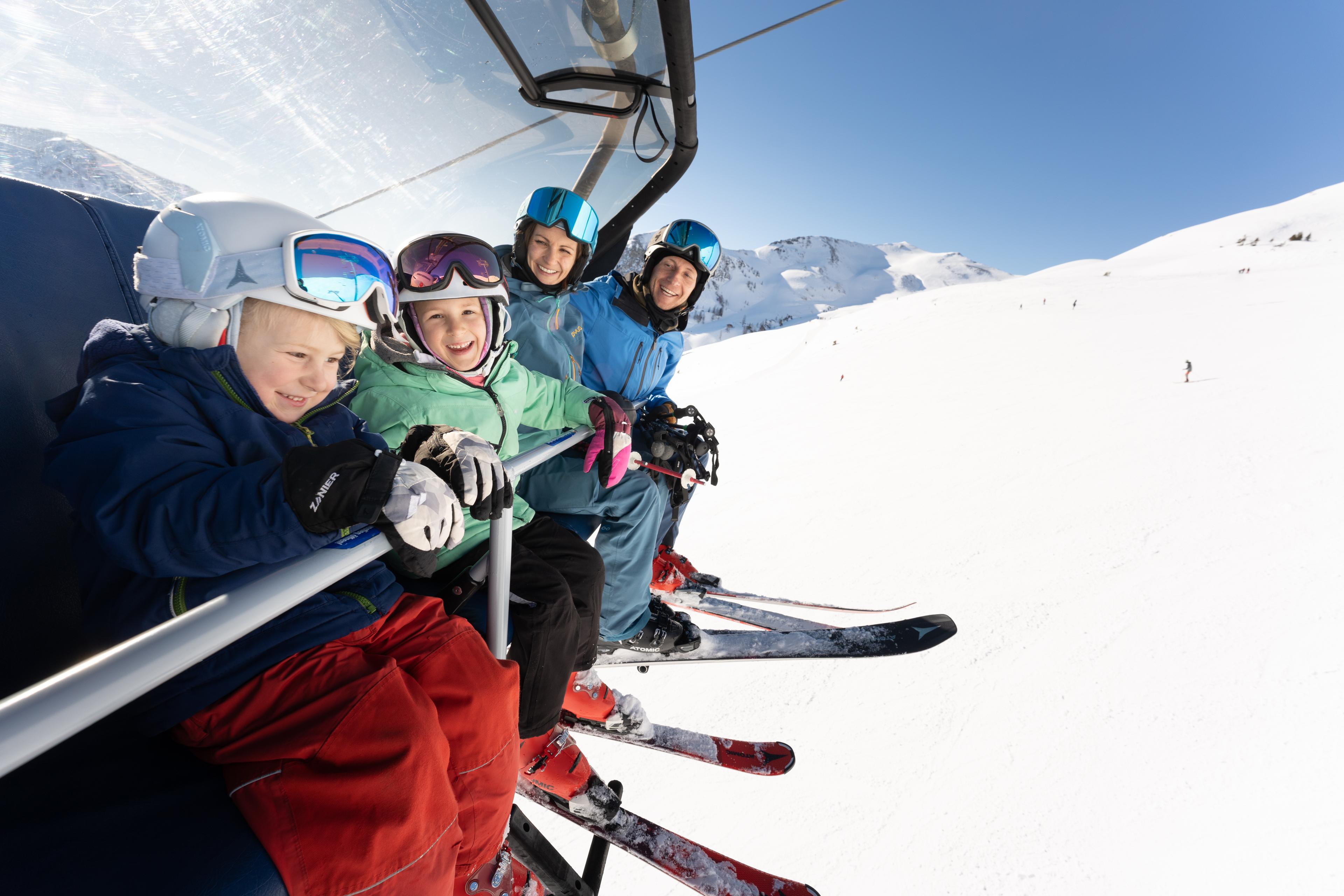 Best places to go for a half term ski holiday

Planning a February half-term skiing holiday? With plenty of snow on the slopes and kids activities galore in the resorts, this is one of the best times for some family fun in the mountains. Sure, prices can be high, and it can get busy on the pistes, but if you plan ahead and shop around, there are some fantastic off-the-beaten-track resorts that are uncrowded and good value. Here are some of our top tips and favourite places to ski in Europe during the February half-term.

Have your cake and eat it at Les Menuires during February half term. Even though it's one of the quieter ski resorts in France, you'll still have access to the largest linked ski area in the world - Les Trois Valleys, with 600km of piste. You really can enjoy the best of both! There are some sweet local blue runs, too. And La Masse boasts super long slopes, both on and off-piste. Allez, allez, allez! For the kids, magic carpets will whisk them up colourfully decorated bunny slopes, and the ski schools are top-notch. With so much terrain to cover, you'll likely need a lay day, and there's no shortage of non-ski activities here. Catch a film in the cinema, hurtle down the mountain on the rail luge, or soothe aching muscles in a relaxing spa.

Easygoing. Great value. Peaceful. These are just a few of the reasons why a half-term skiing holiday in La Thuile in Italy is firmly on our list of favourites. The Italian schools don't break up for the February half term, so you can enjoy quieter slopes than in neighbouring La Rosière, France, and you'll have access to over 80 pristine pistes with incredible views of Mt Blanc and the iconic Matterhorn. Most runs are aimed at intermediates, but thrillseekers will find plenty of off-piste fun too. Not ready for the steep stuff just yet? Enjoy a handful of mellow blues further up the mountain. Magic!

If you're taking the kids to the mountains for the first time, family-friendly Flaine should be on your February half-term skiing holiday wishlist. Make the most of free lifts on the beginner slopes and book the groms into one of the many first-rate ski schools. Flaine’s popularity means the slopes can get busy during half term, but with all the activities going on, it's worth it. Plus, there's loads to do off the slopes, too. Get pulled along the snow by husky dogs on an action-packed sleigh ride. Or take it easy with some loops around the ice rink. As the biggest ski resort in the Grand Massif area, Flaine is really well set up and getting around is super easy. There's also heaps of ski-in and ski-out accommodation, which is ideal if you've got kids in tow.

For something a bit different during half term, Switzerland's charming, car-free ski resort of Wengen is just the ticket. Only accessible by train, the kids will love riding up into the mountains on the traditional railway, and you'll enjoy the spectacular views. Simply stunning! With a large nursery slope in the centre of town, beginners will be perfecting their snow ploughs in no time. And further up the hill, intermediate skiers have a vast choice of easy blues and cruisy reds. Fancy something more challenging? Clock a new PB on the longest downhill World Cup run at Lauberhorn. After dark, the apres ski is laid-back and relaxed, but look out for Wengen's Snow Shows during February - ski tricks, torchlit processions, and fireworks are on the agenda!

Get set for an action-packed February half-term skiing holiday in the popular Austrian resort of St Anton. Well known for its lively apres ski, partygoers can let loose in the mountain bars. But there's plenty for families to enjoy here too. Plus, the hard-core revellers tend to avoid this period, so it can actually be less crowded than usual. Happy days! Experienced skiers will love the steep, gnarly runs. While intermediates will have lots of fun on challenging blues and reds. And if all that activity gets a bit too much, take a break with one of the many other activities in town. Whoosh down the floodlit toboggan run or wind down in the heated pool and sauna.

So they're not little ones any more, but not old enough to go on their own? Here's our top recommendations for ski holidays with the teens...
Sarah Cramer
6 Dec, 2022
6mins, 60s read
Why book with Heidi?
Flexible
Go where you want, when you want, for as long as you want, from an unbeatable choice of resorts.
Easy
Super-clever tech saves you buckets of time by making it easy to find 'the one', from a mountain of options.
5 star service
Our stellar UK team are here 24/7 to make sure your holiday runs smoothly. Flight cancelled? Booking amendments? We'll sort it.
On the money
From budget to luxury, find an amazing ski holiday whatever your wallet, knowing our ATOL protection means your money is safe.
Trustpilot
Registered in England no. 11346739
63 Queen Square
Bristol
England
BS1 4JZ
email: [email protected]
tel: 0117 457 6000
Booking ConditionsPrivacy policyCookie policyWebsite terms of usePackage Travel Regulations 2018Help Pages
About usContact us
All flight-inclusive holidays sold on Heidi are fully financially protected under the ATOL scheme (ATOL 11456)